It’s an exciting new chapter for the charity. Come and see what all the fuss is about…

The Close-Knit Sunshine Entrepreneurs of Naivasha

In our country, youth unemployment is a daunting statistic. The government tells us that there are 24 million of us. But we don’t want to be part of that figure. Yes, we come from traumatic backgrounds and spent our childhood living on the streets, but we don’t want that to define our future. We are entrepreneurs and the best of friends. We have big dreams for the future to run our own car mechanic workshop and fast food kiosk.

This project is fully funded

But other projects need your support

Keep track of this project as it gets up and running

George completed his catering course at the end of 2021 and passed his final exams.

He set about looking premises and after researching various areas, chose a newly developed town called Barnabas. With support from his mentor, Simon, he gained his business permits and medical certification, signed the contract with landlord and in the first week of February launched his new café venture.

Once opened George didn’t stand still and wait for customers to arrive, he went out and about getting orders from clients in local businesses. He had a great range of food - meals of rice, beans, chapatis and beef stew! Customers tried and loved it!

On 11th March he was notified by his landlord that the premises would be knocked down to build apartments. Though this was devasting news, George responded incredibly positively, and on 24th March had found new premises and opened up his café once again.

Paul also completed his car mechanic course at the end of 2021 passing his final exams. He had spent much of Autumn 2021, looking for the right premises for his venture, while completing his course. He decided to relocate to Subukia, where he found a great site for his business, providing a car washing service alongside basic vehicle maintenance for car taxis and motorbikes. The site was right next to a highway so he felt was ideally placed for his potential clients. Paul signed his contract, built a shade and a water tank tower and created a parking area for cars and motorbikes.

All was ready for launch mid-February, but before he could even start, he was asked to vacant the site! There had been a family disagreement over ownership of the land and Paul could no longer use the site. This has been devastating news for this young man who was ready to launch his poverty fighting venture.

He is now looking for alternative site and has found casual work so he can pay his rent in the meantime. Finding a new site is proving to be a challenge and frustration for him as he shares, ‘This idea was mine and I won’t give up, but it’s hard! When I talk to someone about using their land they grab my idea! One time I talked with someone and then I saw they put a simple car wash in that place.’

We share Paul’s frustration and his mentor, Simon, is spending time advising Paul as he continues to look for a new site.

Both George and Paul have faced setbacks in their initial months of setting up their spark projects. However, both are positive and remain very grateful for your support to be their spark!

We are delighted to share latest news from Paul and George, the Close-Knit Sunshine Entrepreneurs! They have both busy looking for premises for their new businesses and have been working with their mentor, Simon, to find locations that will work. They hope to open early next year.

George is looking to set up a food kiosk business and has found a small restaurant he is interested in. However, Simon is encouraging him to consider creating a ‘pop-up’ food kiosk and building a customer base before investing money in a rental for premises. 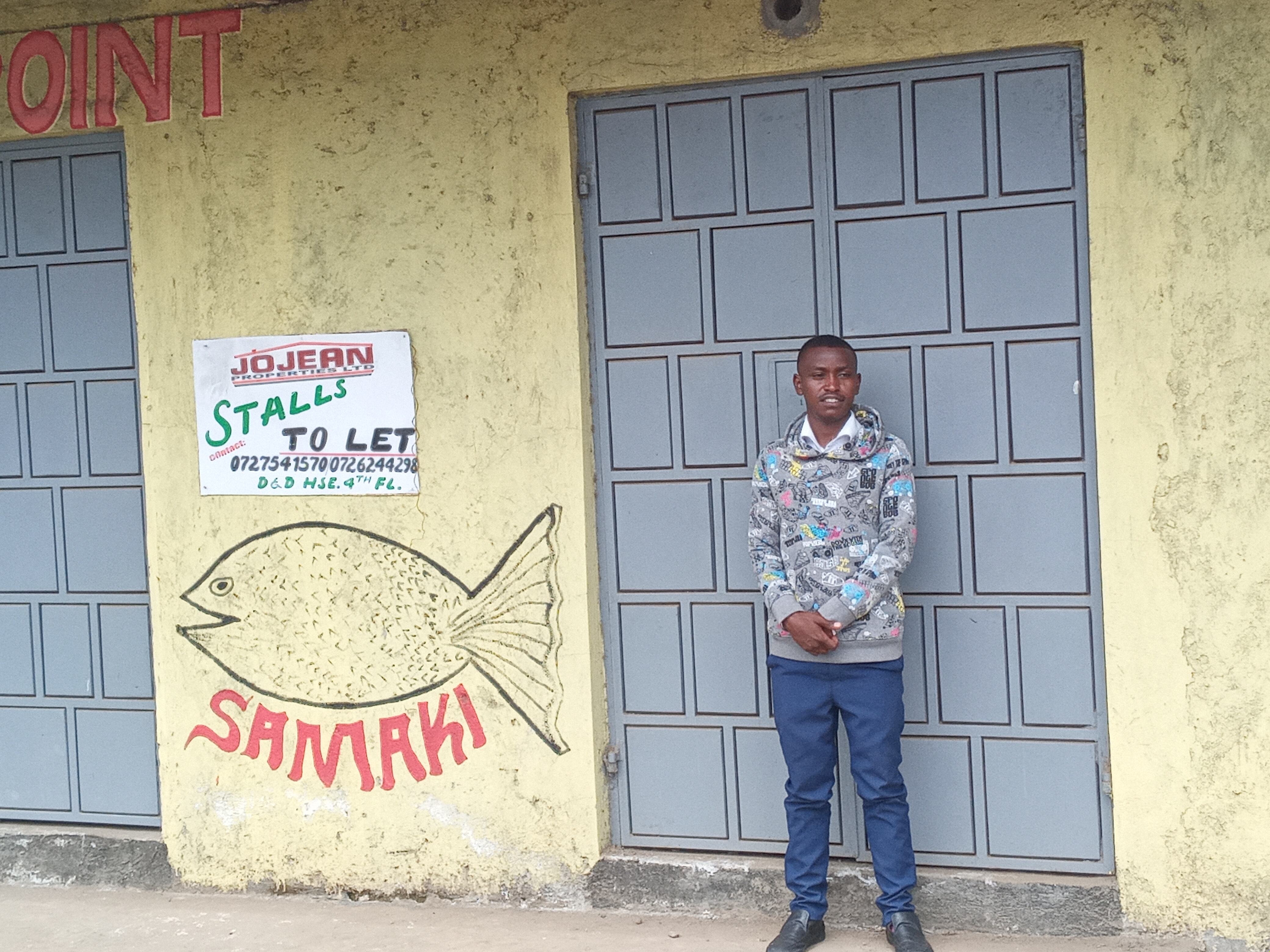 Paul has found land for his mechanic business. It has space for car washing, which he feels will help him gain more clients. Paul feels it is a good location, close to a main road and near a petrol station. This piece of land has been used for car washing before, so it looks like an ideal location and the owner of the land has agreed to rent Paul a portion of the space. However, Simon has encouraged Paul to look at other options as the rent and utilities are quite high and he is concerned that Paul might not get the number of customers needed to cover all his costs. 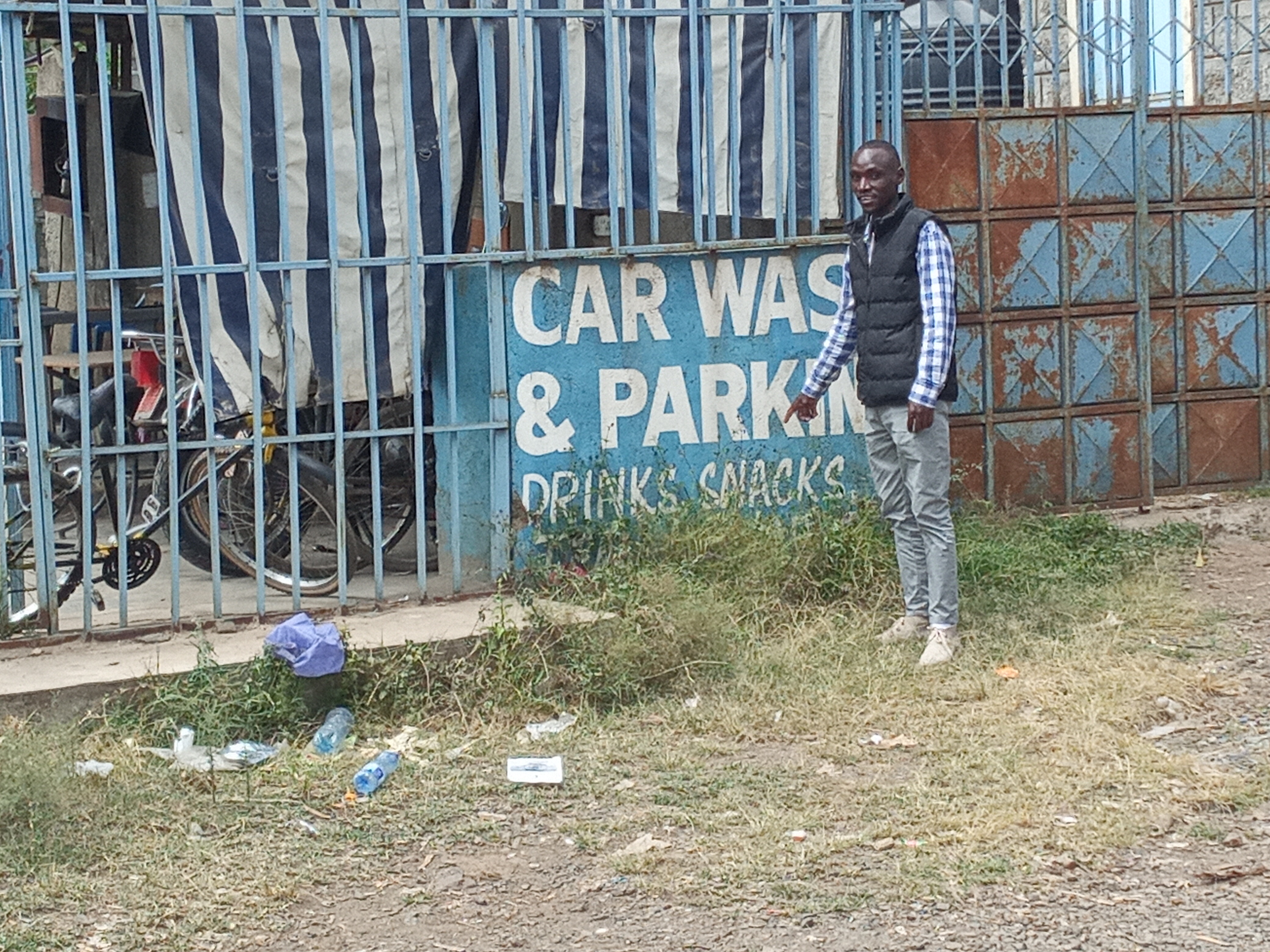 Choosing the right location for a new business is such a crucial decision and we are delighted that Simon is supporting Paul and George as they make their choice.

Your donation has helped to make all of this happen!

Thank you for being the spark to the ’Close-Knit Sunshine Entrepreneurs of Naivasha!

We are delighted that our first ever spark project under Project Possible is now fully funded and we are currently sharing this good news with Paul and George.

We thank everyone who donated so generously giving Paul and George the opportunity to set up their car mechanic workshop and fast food kiosk.

You have been the spark to help them realise their potential and begin to grow their very own business.

We will be in touch very soon with a thank you postcard followed by regular updates on how they are progressing as they get their poverty fighting ventures underway.

Thank you for being the spark to Paul and George.

You two lads are a real inspiration - go get 'em!

Growing up on the streets, it’s easy to be overlooked and forgotten by everyone. And yet for those of us who have survived traumatic childhoods, we’ve learnt the art of resilience. It’s that essence of grit and determination that tells us we don’t have to be limited by our circumstances.

Project Possible saw our potential and they gave us a once-in-a-lifetime opportunity to receive education, counselling and a home life. We became best of friends through Project Possible and went on to achieve further education in automotive engineering and hospitality management. Now with new knowledge and certificates under our belts we are full of ideas to support each other as we get our car mechanic workshop and fast food kiosk underway.

With a bit of investment we can buy the equipment and tools we need to realise our potential and begin to grow our very own businesses.

“I want to give back to my community by giving automobile classes to other young people like me. I'm full of ideas of how to make this business successful.” Paul's dream

A business for the whole community

We’re partnering with Kenya Sunshine to ensure this project supports Paul and George in the best way possible and that the impact of good business will be felt across their community.

We’ll be working closely with our partners to:

The Trailblazing Teachers of Malkangiri

These young teachers want to inspire local children to love learning by teaching them in their own language for the first time.

The Tenacious Tradesmen of Naivasha

Life on the streets taught these young men that nothing is for free. Now skilled tradesmen they are eager to work hard and be masters of their own future.